Illegal wildlife trade is one of the most profitable criminal activities. Illegal wildlife usually comes from African and Asian countries, with destination countries including China, Malaysia, Vietnam, and Singapore. However, the role of the European Union (EU) should not be underestimated. The EU is a major transit point for illegal trade in wildlife and an important destination market. Recognizing its important role to tackle wildlife trafficking, the EU adopted an Action Plan against wildlife trafficking in February 2016. Four years after its adoption, it is time to reflect on the impact of the Action Plan and assess its implementation. This article looks at measures and actions taken so far to achieve the objectives set in the EU Action Plan, challenges encountered, and areas where the EU should focus its attention to fulfil its targets. 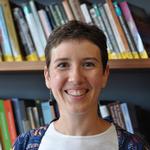