Spatiotemporal clustering of malaria in southern-central Ethiopia: A community based cohort study

Understanding the spatiotemporal clustering of malaria transmission would help target interventions in settings of low malaria transmission. The aim of this study was to assess whether malaria infections were clustered in areas with long-lasting insecticidal nets (LLINs) alone, indoor residual spraying (IRS) alone, or a combination of LLINs and IRS interventions, and to determine the risk factors for the observed malaria clustering in southern-central Ethiopia.

A cohort of 34,548 individuals residing in 6,071 households was followed for 121 weeks, from October 2014 to January 2017. Both active and passive case detection mechanisms were used to identify clinical malaria episodes, and there was no geographic heterogeneity in data collection methods. Using SaTScan software v 9.4.4, a discrete Poisson model was used to identify high rates of spatial, temporal, and spatiotemporal malaria clustering. A multilevel logistic regression model was fitted to identify predictors of spatial malaria clustering.

The risk of malaria infection varied significantly between kebeles, within kebeles, and even among households in areas targeted for different types of malaria control interventions in low malaria transmission settings. The results of this study can be used in the planning and implementation of malaria control strategies at a micro-geographic scale. 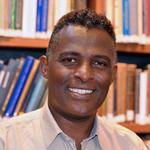 Review of Daniel Peterson: Islam, Blasphemy, and Human Rights in Indonesia: The Trial of Ahok

Pushing too hard for transitional justice? Lessons from South Sudan

Commentary: Underestimating the Challenges of Avoiding a Ghastly Future