Challenging chikungunya: Resistance to public health measures during the 2005-2007 chikungunya epidemic in Réunion

From 2005 to 2007, the French overseas department and western Indian Ocean island of Réunion was significantly affected by an epidemic of chikungunya. Chikungunya is a vector-spread disease (by the Aedes mosquito) which leads to painful rheumatic symptoms. This was the first occurence of chikungunya in the region, and the disease infected almost 30 per cent of the island's total population of 802,000 inhabitants.

The large numbers in infected cases were, in part, due to the vector's adaption to an urban, that is denseley populated and domesticated environment. For example, the Aedes mosquitoes reproduce in both natural and artificial reservoirs of stagnant water such as flower pots, bottles, plastic food containers, car tires and other refuse often found close to people's homes. As there was no known vaccine against the virus, public health policies considered the eradication of mosquito breeding grounds to be the most efficient preventive measure against disease diffusion. As a result, sanitary field agents regularly inspected people's gardens since the onset of the epidemic. From a local perspective however, such interventions were often considered problematic. Not only did the field agents trespass cultural spatial boundaries regarding housing and living, but they also brought forth memories of how previous vector-borne epidemics such as malaria were adressed by the French public health authorities in the island. This contributed towards the stigmatisation of chikungunya and, in turn, the development of alternative disease aetiologies in Réunion. 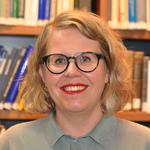 ‘Cleaning the womb’: perspectives on fertility control and menstruation among students in Antananarivo, Madagascar

Culture, Health and Sexuality: An International Journal for Research, Intervention and Care