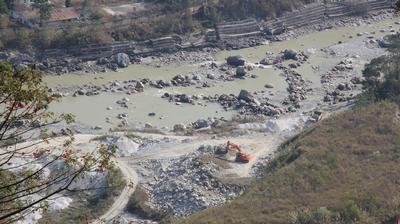 The political economy of river sand mining in South Asia

Suykens is Associate Professor at the Department of Conflict and Development Studies, Ghent University. At CMI, he is part of the ‘Political economy of river sand mining in South Asia: A commodity chain approach’ project funded by the Norwegian Research Council (Utenriks). His fieldwork in Bangladesh, India and Nepal has focussed on the political economy of resource governance—often in contested or violent environments—and on the role of political violence in the creation of public order. He also is the principal investigator of the ‘Dataset on political violence in Bangladesh (1991-2018)’ project. His research has appeared in peer-reviewed journals including Development and Change, Alternatives, Modern Asian Studies and Journal of Asian Studies.