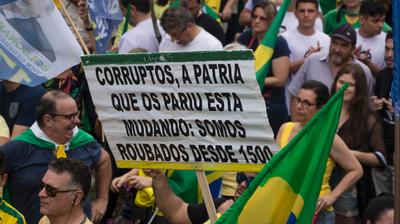 Lawyer focusing on the promotion of social rights

Lara Côrtes is a Brazilian lawyer currently working as a post-doctoral researcher at the Chr. Michelsens Institutt (CMI) for the project Elevating Water Rights to Human Rights: Has it strengthened marginalized peoples’ claim for water? She is also the leader of the Natural Resources & Climate Lawfare Unit at the Centre on Law & Social Transformation.

Based in Bergen since 2012, her previous experience at CMI has involved participation in several projects within the institute’s Angola Programme, with a particular focus on Angolan media. Côrtes has also been attached to the University of Bergen (UiB), first with a temporary position as associate professor for the course Brazilian studies and Portuguese language, and later as a researcher for the project POLAME: Poverty, Language and Media: the cases of Argentina, Brazil, Colombia, Mexico.

In her PhD dissertation (University of São Paulo, 2013), Côrtes discussed how federal states can fight inequality in the right to basic education. Her experience at USP also includes two years of teaching. Côrtes’ Master thesis from the Fundação Getulio Vargas (FGV) is a case study of the Ministério Público in São Paulo with the aim of understanding the actions of this institution in the promotion of the right to education. Her working experience from Brazil includes the public sector, academic publishing, and seven years as a practicing lawyer.

Côrtes is a native speaker of Portuguese, is fluent in English and Spanish and has a high level of Norwegian.