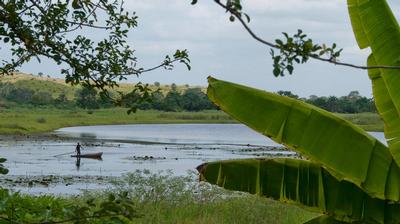 The role of the município in public services, poverty reduction and participation in Angola

Diversification of the Angolan Economy

Political scientist and a specialist in African politics, the geopolitics of energy and international political economy.

Ricardo Soares de Oliveira is Professor at the Department of Politics and International Relations, University of Oxford, a fellow of St Peter’s College, and a fellow at the Global Public Policy Institute in Berlin. He is Senior Associate Researcher at the Chr. Michelsen Institute in Bergen. He is the author of Magnificent and Beggar Land: Angola Since the Civil War (2015) and Oil and Politics in the Gulf of Guinea (2007) and the co-editor of China Returns to Africa (2008, with Chris Alden and Daniel Large) and The New Protectorates: International Tutelage and the Making of Liberal States (2012, with James Mayall).

Soares de Oliveira has worked in the field of governance and the extractive industries for the World Bank, the European Commission, Catholic Relief Services, NDI and Oxfam. His commentary has been published in the International Herald Tribune, Süddeutsche Zeitung, foreignaffairs.com, Politico and the Financial Times. Interviews and references to his work have appeared in, among others, the BBC, New York Times, New Yorker, Le Monde, Economist, the Wall Street Journal, Al-Jazeera, and the Sunday Times. Soares de Oliveira has been the recipient of a Leverhulme Trust fellowship, a Visiting Professor at Sciences Po in Paris, a research fellow at the University of Cambridge, a Public Policy Scholar at the Woodrow Wilson Center, and a visiting fellow at Yale University.