As part of their corporate social responsibility (CSR) strategy, multinational companies frequently launch projects to promote development in poor host communities. The overall assessment of such corporate community development projects has been critical. Health facilities have been built, then left empty. Funds or resources allocated for the construction of buildings or infrastructure have been embezzled. Some projects have reinforced community divisions. In many cases, a positive development impact seems unlikely.

Instrumental CSR
Studies show that companies often select and implement projects with insufficient assessment of local needs and local context, little contact with the target group and little coordination with official development plans in the host country. These shortcomings may tempt donor agencies to offer their assistance. However, as a general approach this is ineffective as it misreads the underlying problem, according to Kolstad.

-For most companies, CSR projects are used to increase profits. This influences what kind of activities are selected. Companies favour projects that improve their reputation, that contribute to the stability of their operations and that give them easier access to contracts. In other words, media-friendly projects are selected over development-friendly ones, and there is an emphasis on activities that are in the interest of the powerful in host communities.  Generally, CSR projects do not fail due to a lack of knowledge or expertise, he says.

A more confrontational approach?
Previous attempts of matchmaking between companies and NGOs have not been very successful. Current international frameworks for promoting CSR lack the possibility of sanctions, and have not altered company behavior. A more confrontational approach is needed, argues Kolstad. Primarily, the bargaining power of local stakeholders has to be increased.

-Empowering local advocacy groups can make it less attractive for corporations to favour local elites. Providing information about CSR activities and projects to consumers and investors back home may also have an impact. A possible implication of a more confrontational approach is that donor agency staff will sometimes have to work against the best interest of companies.

Kolstad argues that it can be made more costly for corporations to exploit and condone institutional deficiencies in resource rich developing countries. This, however, implies greater attention to the shortcomings of CSR projects and stronger international pressure on the involved companies.

Despite the challenges, it is important not to dismiss corporate community projects altogether.

-The motivational constraints of CSR are confining, but there is no reason to revert to the idea of Milton Friedman, that the only responsibility of business is business. If we can get their incentives right, corporations have expertise in areas like technology and entrepeneurship that can make them valuable partners in development, says Kolstad. 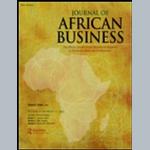 Corporate community involvement contributes capital or resources in various forms to a community. However, such involvement may also influence local institutions that determine how well these resources are used, i.e....
Siri Lange and Ivar Kolstad (2012)
in Journal of African Business

While it is commonly accepted that corporations have negative duties to respect human rights, the question of whether rights also imply positive duties for corporations is contentious. The recent reports...
Ivar Kolstad (2012)
in Business Ethics: A European Review 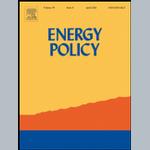 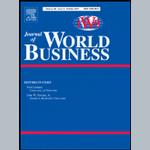 Chinese outward foreign direct investment (FDI) has increased substantially in recent years. Though this has generated considerable interest in the motivations and drivers of Chinese investment abroad, there have been...
Ivar Kolstad and Arne Wiig (2012)
in Journal of World Business vol. 47 no. 1 pp. 26-34 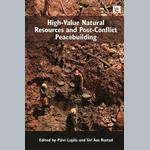