Having been promised in the Angolan constitutions for more than two decades, locally elected municipalities with semi-autonomous administration ("autarquias") have not been implemented anywhere in Angola. By 2013, the pressure is building on the Angolan government to hold elections for the first time, and it indicates it will happen in 2015. Yet the government claims it will implement autarquias gradually.

This article argues that the discussion of gradualism - that is, gradually implementing autarquias - does not stop with the commonsensical assertion wisdom not to do "everything at the same time", instead introducing the reform gradually. Pointing to history and current examples from neighbouring country, this article argues that underneath the question of gradually introducing autarquias lies hard political considerations of who is to control politics - and the relationship between the incumbents and the opposition parties. The article ends by arguing for the importance of letting all citizens in Angola participate in local elections, while the degree of decentralisation can vary according to the administrative capacities of the individual municipal entities. 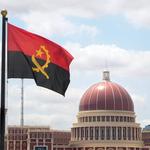