Rainbow revolution in Latin America: The battle for recognition

In a surprising turn of events, a “rainbow revolution” has blossomed in Latin America. In spite of the region’s long history of deep-rooted patriarchy, machismo, homophobia, and political and social marginalization of lesbian, gay, bisexual, and transsexual (LGBT) people, Latin America is currently home to twenty five percent of the world’s countries with same sex marriage laws. This CMI Brief examines the fight for legal equality in two Latin American countries, Costa Rica and Colombia, exploring the fissures, limits, and complexity of using readily available litigation strategies when popular opinion lags far behind judicial decisions. 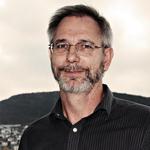 The Judicialisation of Politics in Latin America

Routledge Handbook of Law and Society in Latin America