Resource nationalism and local content in Tanzania: Experiences from mining and consequences for the petroleum sector

Many resource-rich African countries have recently drafted local content policies for their petroleum sector. Using Tanzania as an example, this paper argues that previous experiences in the extractive industries are a central factor for public sentiments and debates on resource nationalism and local content in the petroleum sector. The paper focuses on the shifting local content polices in the mining sector over the last two decades and presents some of the initiatives that mining companies have taken to increase the local content. The 2010 Mining Act has weak and unbinding requirements on local content. National statistics show that there has been no increase in the local purchase of goods and services and that the percentage of expats in the sector has been relatively stable over the years. As in other African countries, local content is subject to elite capture and patronage, but support to cooperatives is one way of involving local communities in a positive manner. Discontent with the contribution of mining to the national economy entailed a heated debate on local content policies for the petroleum sector, but the legislations that were put in place in 2015 ended up being relatively ‘soft’, due to the fear of losing investors. 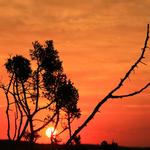 Non-resource taxation in a resource-rich setting

Is the current fiscal regime suitable for the development of Tanzania’s offshore gas reserves?

The legislative landscape of the petroleum sector in Tanzania