Palestinian State-formation: Prospects and Challenges. Report from a Symposium at Chr. Michelsen Institute, Bergen, Norway 24-25 May 2004

The CMI - Muwatin symposium, held in Bergen on 24-25 May 2004, addressed both internal and external challenges to Palestinian state-formation. Internal challenges that were addressed were the problem of corruption, institutional mismanagement and the emergence of neopatrimonial structures within the Palestinian Authority. These institutional developments combined with the collapse of the peace process and the failure to achieve Palestinian independence by way of negotiations has undermined the legitimacy of the Palestinian Authority and facilitated a resurgence of political Islam in Palestinian society. The growing support of Islamic movements such as Hamas, must also be explained with reference to its provision of health and welfare services, and its encouragement of female activism within the organisation. Israeli policies and political conditions set by the Oslo Agreement were pointed out as external challenges to Palestinian state-formation. Within the framework of Oslo, the PA has been subject to a strategy of asymmetrical containment in relation to Israel, involving an exclusion of Palestinian labour and production from Israel and a continued building of Israeli settlements in the occupied territories. This has undermined the political and economical viability of the PA, created a situation of stagnation and political crisis in Palestine and strengthened the internal challenges to Palestinian state-formation. Future research will be focused on the prospects and viability of a two-state solution as the road towards Palestinian statehood. A high priority for further research will be to examine the political and economic conditions under which the Palestinian Authority can function as a governing body in Palestinian society. If the two-state-solution is dismissed, future research must focus on alternative scenarios for the political and institutional development in Palestine.

Corruption in universities: Paths to integrity in the higher education subsector 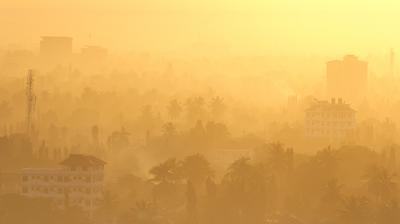 African Decentralisation as a Power Calculation, and its Relevance for South Sudan

The Struggle For South Sudan: Challenges of Security and State Formation

The ‘Secret Loans Affair’ and Political Corruption in Mozambique