The Bill remedies with varying success three out of the four main problems experienced with the application of the Land Acquisition Act, 1894.  The ever-expanding definition of “public purpose” for which land could be forcibly acquired, the misuse of the “urgency” clause, massive displacement of poor peasants and traditional communities with inadequate or no compensation, and delays in completion of acquisition procedures, were principally responsible for the injustices caused by acquisition under the 1894 Act.

First, the Bill has sought to restrict the definition of “public purpose” by providing a much more detailed listing of public purposes. All “infrastructure” activities notified by the government with the exception of “private hospitals, private educational institutions and private hotels”, constitute a legitimate public purpose for which government may forcibly acquire land. Land may also be acquired for industrial corridors, mining, urban and rural development, sports, health care, transport and space programmes. The government may acquire land for these purposes for public-private partnerships as well as for private companies. While the government retains the power to add to the definition of “infrastructure” by notification, this is a more restricted residuary power than that under the 1894 Act, which enabled the government to acquire land for any aim the government deemed a “public purpose”. But, since a substantial number of acquisitions are done for “infrastructure” purposes, and the Bill provides an inclusive, not exhaustive, definition of the same, careful judicial and public scrutiny of the provision is necessary to prevent misuse. This is more so given that judicial scrutiny of “public purpose” under the 1894 Act was extremely lenient.

Second, successive national and state governments notoriously misused the urgency clause under the 1894 Act for ordinary acquisitions, in order to bypass the procedures prescribed under the Act. Moreover, judicial scrutiny of such acquisitions was extremely deferential with courts upholding their validity even when the government failed to use the land “urgently” acquired, years later. The Land Acquisition Bill limits the invocation of the urgency clause to cases involving India’s defence, national security or for emergencies due to natural calamities. This should greatly curb misuse of the urgency clause.

Third, by defining “persons interested” as those having an interest in the land, including tenancy and easement rights, as opposed to actual title, and “affected family” as those dependent on the land for their livelihood, the Bill broadens the group of people to be compensated. This had been a long-standing demand, noted by the Law Commission as early as 1958. Moreover, the Bill increases the compensation payable upon acquisition to four times the value of the average of registered sale deeds in rural areas, and two times in urban areas.

The fourth problem with the 1894 Act related to the procedure involved in land acquisition.  This was criticised by the government for delays in acquisition, and by the people, for their lack of participation in the government’s decision to take over their land, as well as delays in the determination and payment of compensation. The Bill contains a procedure for social impact assessment (SIA) of projects which seeks to ensure greater public participation in acquisition proceedings. However, acquisitions under the urgency clause are exempt from such assessments. While the bill provides for appraisal of the SIA report by an independent expert group, which has the capacity to make recommendations, such recommendations are not binding on the committee that will undertake the SIA, which is composed solely of bureaucrats. If the Environment Impact Assessments conducted under the country’s environmental laws are anything to go by, the provision is open to misuse and arbitrariness, and unless closely monitored, will add to delays in acquisition, thereby negatively affecting both land donors and projects for which land may be acquired. Voiced repeatedly by industry, there is also a genuine concern about the layers of bureaucracy added by the Bill in acquisition and rehabilitation and resettlement procedures.

The Bill exempts 12 laws, including the Electricity and Railways Acts, the Coal Bearing Areas Act and the Land Acquisition for Mines Act, from its acquisition and rehabilitation provisions. The Bill, however, mandates the Centre within one year of its commencement to apply the provisions to acquisitions made under the exempted laws. Given this mandate, it is not clear why the exemption was created in the first place. Since significant land acquisition occurs under the exempted laws, the impact of the Land Acquisition Bill in redressing the problems under the 1894 Act will be limited, unless its provisions are extended to all laws. Moreover, the Centre has been given unfettered power to add laws to this schedule merely by executive notification. Consequently, this provision greatly limits the Bill’s efficacy in remedying the injustices caused by land acquisition in the past, and also creates scope for litigation given its confusing drafting.

Land acquisition is inevitably a controversial issue in nations with land scarcity which are trying to achieve rapid economic development through greater industrialisation. India is no exception. The Bill passed in Parliament is a compromise between various conflicting interests. So, it hasn’t pleased anyone completely. Yet compromise is intrinsic to the nature of a constitutional democracy. The Land Acquisition Bill is a step in the right direction for ushering in a culture of justification, wherein the government is required to explain and engage with the people it dispossesses of their land and livelihood of the legitimacy and necessity of such dispossession.

Ultimately, however, the text of the law, though empowering in many ways, can only go so far in ensuring fairness in land acquisition proceedings. The real test is its effective implementation. But for that, we need serious institutional reform at all levels. 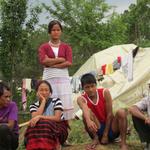