Uruguay: The (re)construction of peace and democracy through transitional justice

Uruguay remains an anomaly in Latin America both with respect to its democratic political system and with respect to how it has dealt with the violence committed under military rule (1973-85). It is the only country in Latin America – indeed in the world – that has had four separate attempts at setting up a truth commission, with or without the State’s backup. It is also the only country in the world which has not once, but twice, democratically refused to revoke an amnesty law designed to protect the military from criminal prosecution for the violations that took place during the civilian-military dictatorship (1973-85). Yet, Uruguay is arguably now one of the forerunners in the region with respect to prosecutorial justice, where a former head of state as well as other prominent military have been convicted and imprisoned for gross human rights violations. This paper takes stock of how these multiple transitional justice efforts have affected peace and the process of democratic (re)construction in Uruguay. 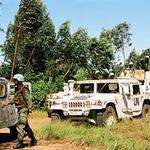 A Way Out of Violent Conflict? The Impact of Transitional Justice Mechanisms on Peacebuilding

Wavering Courts: From Impunity to Accountability in Uruguay